Looking to Integrate with Cloudwords? Our New “Boot Camp” for Developers Makes it Fast and Easy

At Cloudwords, we know how integral developers are to building a highly functional technology stack that allows end users to seamlessly perform the critical tasks required for their role. Whether a company needs Cloudwords to integrate with their organization’s content management system, Web CMS, marketing automation platform, knowledge management system, version control system, or even their own product, they turn to their developer team to make the magic happen. 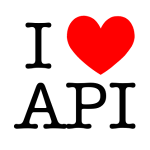 The developer community has always been top of mind at Cloudwords. From the start, we made Cloudwords’ open API and extensive documentation easily accessible and user-friendly to better enable developers to get whatever content they have, in whatever systems they use, easily translated via the Cloudwords platform. Along the way, we’ve continued to add enhancements to our Developer Center to make integrations even easier, such as a sandbox environment for developers to use to simulate and test their integration prior to roll-out, as well as delivering pre-built integrations with leading content systems. And now, we’ve introduced our very own “boot camp” for developers -- a new API Tutorial that provides the complete set of API calls required to program integration with Cloudwords.

By providing the actual code needed to program integration, developers are able to reduce the amount of time for the discovery phase, test their integration prior to roll-out in the sandbox without having an impact on actual content or company finances, and speed time to completion from weeks to hours. That makes developers jobs easier, end-users happier, and going global faster.

What’s the value of integrating your content system with Cloudwords translation management platform? Among the many benefits of using Cloudwords, integrating with our platform allows users to more easily move content that needs to be localized from their content system and into Cloudwords for faster content localization and translation. No more copying and pasting content -- a simple click of a button will get you on your way to a more streamlined globalization process.

If you’re interested in learning more about integration with Cloudwords, get in touch with us here -- we’d be happy to talk with you about the benefits, or visit our Developer Center to learn more: http://developer.cloudwords.com.

Email Campaigns in Your Customer’s Language Just Got Easier: New Functionality from Cloudwords

Does this scenario sound familiar…? You manage your company’s localization...

Timely, personal, consistent messaging in all the languages of your...